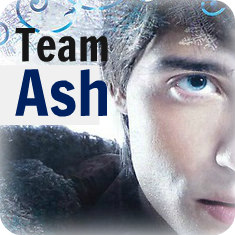 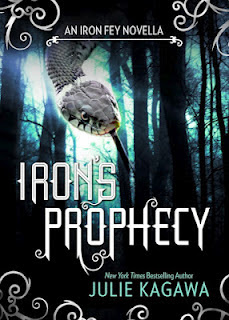 Wandering back into the bedroom, my gaze immediately strayed to the large bed along the wall and the lump beneath the covers. Pale light streamed through the half-open curtains, settling around the still-sleeping form of a Winter sidhe. Or a former Winter sidhe. Pausing in the doorframe, I took advantage of the serene moment just to watch him, a tiny flutter going through my stomach. Sometimes, it was still hard to believe that he was here, that this wasn’t a dream or a mirage or a figment of my imagination. That he was mine forever: my husband, my knight.

My faery with a soul.

He lay on his stomach, arms beneath the pillow, breathing peacefully, his dark hair falling over his eyes. The covers had slipped off his lean, muscular shoulders, and the early morning rays caressed his pale skin. Normally, I didn’t get to watch him sleep; he was usually up before me, in the courtyard sparring with Glitch or just prowling the halls of the castle. In the early days of our marriage, especially, I’d wake up in the middle of the night to find him gone, the hyper-awareness of his warrior days making it impossible for him to stay in one place, even to sleep. He’d grown up in the Unseelie Court, where you had to watch your back every second of every day, and centuries of fey survival could not be forgotten so easily. That paranoia would never really fade, but he was gradually starting to relax now, to the point where sometimes, though not often, I would wake with him still beside me, his arm curled around my waist.

And given how rare it was, to see him truly unguarded and at ease, I hated to disturb him. But I walked across the room to the side of the bed and gently touched his shoulder.

He was awake in an instant, silver eyes cracking open to meet mine, never failing to take my breath away. “Hey,” I greeted, smiling. “Sorry to wake you, but we have to be somewhere soon, remember?”